Home
Diabetes Cure
Diabetes and Hangovers: What You Need to Know

Anyone who lives with diabetes knows that a hangover can mess with your blood sugars, leaving them unpredictable for hours (and even days). When you’ve had too much to drink and you’re feeling hungover, what can you do?

This article will touch upon what you can expect after a night of heavy drinking, the best course of action to take to help your diabetes management when you are hungover, the best food and beverages to help treat a hangover, and how you can help prevent a hangover in the future.

If you’re planning on drinking, it’s important to know how your blood sugar is likely to react.

Alcohol itself is known to cause low blood sugars. This is because alcohol use can both improve insulin sensitivity and inhibit glucose production in the liver, each of which leads to increased risk of hypoglycemia. While moderate alcohol use is not likely to be dangerous, heavy drinking is another story and can be a real risk, especially given the fact that the effects of drunkenness make it so much more difficult to assess and treat one’s own glucose control issues.

Everyone with type 1 diabetes is at risk of this glucose-dropping effect, as are patients with type 2 that use insulin, sulfonylureas, and any other medications with a known risk of hypoglycemia.

People at risk of hypos should always carry glucose tabs, gel, juice, or candies with them in case of an emergency low, and should check their blood sugar regularly both during and after drinking. That might mean putting a juicebox or a bowl of candy on your bedside table.

Some people with diabetes ask a sober and capable friend to act as a kind of designated driver to make diabetes decisions for them when they get drunk. It should go without saying, of course, that it’s much easier and safer simply to drink less alcohol intake in the first place.

See also  You Have Prediabetes. Do You Need Medicine for It?

Alcohol does not typically lower your blood sugar immediately, or even when you’re at your tipsiest. In fact, the glucose-lowering effect usually peaks hours later, the morning after.

In a fun 2001 study published in Diabetes Care, scientists got six men with type 1 diabetes drunk on about one bottle of white wine each. Then they watched what happened.

The brave volunteers drank their fill between 9:00 pm and 10:30 pm, a few hours after eating dinner. Surprisingly, it look a very long time for their blood sugar levels to drop. Five of the six men experienced symptomatic hypoglycemia, and they all did between 10:00 am and noon the next morning, about 12 hours after drinking.

That means that you’re just as likely to have blood sugar issues the morning after drinking. And the more you drink, the greater the likelihood of low blood sugar, and the less capable you will be of dealing with it.

The Symptoms of a Hangover

A hangover, quite simply, is the accumulation of disagreeable symptoms that develop several hours after drinking too much alcohol. Common symptoms include:

These side effects are more likely to be unpleasant than dangerous. You might also notice that there is some overlap between the symptoms of hangover and hypoglycemia, which isn’t completely coincidental. Even in people without diabetes, low blood sugar is one of the multiple causes of hangovers.

But the fact that hangovers and hypoglycemia can have similar symptoms means you need to be especially careful about checking your blood sugar. It can be dangerous to let a hypo go untreated.

Truly excessive drinking can take a more serious toll on your health. More severe symptoms of a hangover include:

These severe symptoms could lead to big problems, including diabetic ketoacidosis (DKA), which is typically accelerated by dehydration, and can occur despite seemingly normal glucose levels. Check your blood sugar frequently or wear a continuous glucose monitor (CGM) to make sure you’re staying in range, as recommended by your doctor.

If someone you know is experiencing severe symptoms of a hangover, consider seeking emergency medical treatment, or call 911.

So You’re Hungover; What Should You Do?

First of all, pay very close attention to your blood sugar. You can expect sugar management challenges a day after drinking.

The hangover’s enemies are time and hydration. Most hangovers disappear within 24 hours, although some can last for days. It can be excruciating, but sometimes you simply must wait it out.

While you’re waiting, the next best thing you can do is hydrate. Consider consuming the types of foods and beverages that work for the flu.

Getting plenty of sleep also helps remedy a hangover; alcohol notoriously disturbs sleep patterns, so if you didn’t get a good night’s rest after drinking, taking a nap the next day can help you bounce back quicker.

It’s also a good idea to get plenty of electrolytes, which can help improve head and muscle pain. Good sources include sports drinks (although make sure to watch the carbohydrates!), coconut water, bone broth, as well as many minimally-processed foods. A big healthy breakfast is a great start, especially if it helps land your blood sugars in a safer range.

Other hangover cures have been difficult to verify scientifically. Whether it’s aspirin, coffee, or exercise, do what works for you.

How to Prevent a Hangover

The surest way to prevent a hangover is by abstaining from alcohol or only drinking in moderation. Some other tactics to help prevent hangovers include:

If you think you have a problem with drinking or develop signs of alcohol addiction, please get help immediately. 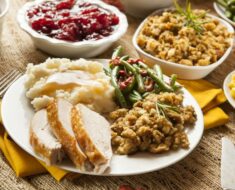 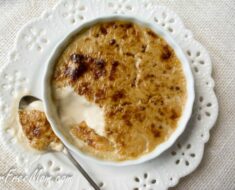