This content originally appeared on diaTribe. Republished with permission.

A mother shares her story of loss and devastation, exposing how teens with diabetes may be suffering silently, tormented by the effects of a disease they don’t want to accept. Knowing the early signs of trouble and getting prompt care means prevention is possible.

Rachel Wilke was 14 years old when she was diagnosed with type 1 diabetes. It was her first day of high school. She came home from school and told her mom that she had fallen asleep in English class. Later, she was so thirsty that she drank the entire case of Capri Sun punch that her mom had bought for school lunches. Her mom rushed her to the doctor, where they both cried as they learned of her diagnosis. Rachel asked why it had to happen to her.

This was the beginning of a long journey full of anger at the disease that came crashing into her life.

Rachel quickly gained around 15 pounds as a result of insulin therapy treatments, which devastated her. She wanted to voice her concerns, but her first two endocrinologists moved out of state early in her diabetes journey. Her third discontinued seeing Rachel for “noncompliance.” Finally, she brought up the weight issue with her fourth doctor.

“If insulin doesn’t cause weight gain, why are so many diabetics fat?” Rachel asked. Her mom, Carolyn DiPasquale, describes this doctor as a petite woman who was also living with diabetes. She had hoped this would help them “click,” unlike Rachel’s previous doctors. But this new doctor snapped back, “There’s no evidence to substantiate that,” even though studies pointed to weight gain as a side effect of treatment. The doctor brushed off the weight gain as normal, not a big deal. So, Rachel took matters into her own hands and started adjusting her insulin doses to lose weight.

Up to 15% of adolescent girls and almost 40% of women with diabetes develop “diabulimia,” an eating disorder that involves altering medication doses to lose weight or to achieve the “perfect” body.

“She was covertly cutting back on her insulin. Her blood sugars ran high, but she also ate a lot of food…she was very stressed out and she’d get sick,” says DiPasquale. “She had allergies and asthma that would cause her [blood] sugars to rise, so I just thought there were other issues…I never knew she was cutting back on her insulin.” Her mom wouldn’t learn of this until a decade later, as Rachel carefully guarded this secret.

Rachel quickly developed a “full-blown case of bulimia,” DiPasquale explains, as well as mental health struggles stemming from her intense anger toward her diagnosis.

“Rachel had two very separate eating disorders — diabulimia and bulimia — with distinct symptoms and risks. Her journals suggest that both surfaced shortly after her diabetes diagnosis, though the diabulimia came first,” DiPasquale says. “Alarmed over her increased appetite and weight gain, Rachel began to obsessively diet and exercise. When [the] purging didn’t cut it, and especially after Rachel acquired a boyfriend, she resorted to more radical means, quickly discovering that by shorting her insulin or skipping her evening shot, pounds melted overnight.”

Before long, she was “self-medicating” with alcohol, then drugs such as marijuana, then harder drugs. Her mom believes that Rachel tried to “numb” her pain; she developed a heroin dependency at 17 or 18, and when she eventually got off heroin, she got addicted to prescription medications. She started college but had to drop out, since binging and purging six times per day required too much time and money.

“With one physical illness and three mental illnesses, the programs could not begin to address Rachel’s needs,” DiPasquale says. The programs were “absurdly inadequate for Rachel, considering the longevity and severity of her bulimia and diabulimia, not to mention the fact that her co-occurring illnesses often interfered with her therapy.”

Just weeks after being discharged from one program, Rachel wrote in her journal, “With heroin, I get to boss the bulimia around. I get a break. A foolish vacation of sorts, one I assuredly cannot afford to take. But I don’t want to spend one more day being held hostage by these [eating disorders].”

At 28, Rachel died of a drug overdose while pregnant with her first child.

DiPasquale shares her daughter’s story in her book, Reckless Grace: A Mother’s Crash Course in Mental Illness, with the hope of educating others about the far-reaching potential consequences diabetes can have beyond the medical complications associated with the condition.

The connection between diabetes, mental health, and eating disorders

Rachel’s struggle with eating disorders after her diagnosis isn’t unique; 7% of adolescents with type 1 diabetes develop an eating disorder versus 3% of their peers without it, a study shows. Dr. Ann Goebel-Fabbri, a psychologist who specializes in eating disorders, explains the multiple factors that may lead to increased odds of eating disorders among people living with diabetes.

“There is a lot of evidence that diabetes, both type 1 and type 2, have higher rates of depression and anxiety. Recently, there’s been a lot of emphasis on the concept of diabetes distress…related to the ongoing burden and stress of having a chronic condition like diabetes, which requires so much monitoring and effort,” says Goebel-Fabbri.

She explains that mental health conditions, including eating disorders, can surface after chronically worrying about low blood sugar levels, diabetes complications, and feeling defeated when blood sugar levels are out of range, not to mention the weight stigma that is frequently  associated with having diabetes.

Another reason Goebel-Fabbri says people with diabetes might be more prone to eating disorders (especially women with type 1, who she says have a 2.5 times greater risk of developing one) is that their focus has to be on food for large parts of their days — and their lives.

“Disease management itself is so focused on having to monitor food and portion size, and the relationship between food and blood glucose or food and how people are feeling, that it sort of mirrors the kind of mindset that can develop into an eating disorder…people can develop very rigid rules about what they allow themselves to eat or don’t,” she says.

DiPasquale wishes doctors were more attentive to her child’s conversations with them about how she didn’t want to gain weight. When Rachel’s psychologist reported her diabulimia symptoms to her endocrinologist, Rachel confirmed to the doctor that her weight was causing her to “panic.” Not getting the help Rachel needed in balancing her insulin, other medications, and weight pushed her to look for her own solutions instead, DiPasquale explains.

Goebel-Fabbri says praising people who are losing weight can also be harmful because it could reinforce unhealthy behaviors and disordered eating practices. Health care professionals who take the time to look deeper into the cause of weight loss can help prevent and flag concerning behavior and mental health challenges.

Substance use in people with diabetes

Lacking the help she needed from doctors, Rachel turned to her journals, where she meticulously documented her diabetes and mental health battles for a decade. She also turned to drugs and alcohol before she was out of high school. Research shows people with diabetes are much more likely to have alcohol and substance use disorders than the general population, including with opioids.

The irony, of course, in turning to drugs or alcohol while living with diabetes, is that it worsens the condition in many cases. For example, the study mentioned above shows that people with type 2 diabetes are more likely to have higher consumption of alcohol, and that heavy alcohol use increases the risk of developing diabetes complications.

Dr. Lawrence Weinstein, chief medical officer at American Addiction Centers, says, “Those with diabetes who are also experiencing addiction are more likely to endure exacerbated side effects and health conditions due to their alcohol/substance use disorder. Diabetes and addiction are two co-occurring chronic health conditions that can cause a great deal of complications, and the severity of those complications can be compounded depending on the substance used.”

He adds that a higher likelihood of developing alcohol or drug dependency isn’t diabetes-specific but applies to other chronic conditions as well. “Utilizing alcohol or another substance to cope with the diagnosis of a chronic health condition is a possibility not unique to diabetes; there are many variables and other unknowns that play a role in that taking place. Addiction is a disease in which genetics, environmental surroundings, and a host of other factors play a role,” he says.

Eating disorders and substance use disorders in people with diabetes are preventable. DiPasquale has spent much of her time since her daughter’s death teaching other parents about these preventive strategies. Her top message is to stay extremely involved in your children’s care, even when they become teens and want privacy.

One of the signs of an eating disorder for Rachel was secrecy. “Don’t let your kids lock themselves in their room. I thought I was giving my daughter privacy, and they do need privacy, but that can also be very dangerous,” she says.

Goebel-Fabbri adds that it’s essential to work with a health care team you can be honest with, who won’t make you feel blamed or shamed. “People need to feel like they are free to speak with their health care providers about what’s really going on, as opposed to sort of having to put up a squeaky clean image.” She adds that support from family and friends is essential, and boundaries need to be clearly communicated. For example, they can ask others not to talk about dieting, food, weight, or bodies in front of the person with diabetes. Goebel-Fabbri also recommends finding a mental health professional who is trained in both diabetes and eating disorders, not one or the other.

Weinstein adds that if someone with diabetes is struggling with substance abuse, they need to be in close contact with their providers, as the combination can lead to severe outcomes. Finally, he says to work towards eliminating triggers that might lead to relapse as part of an aftercare plan, once the substance dependency is more under control.

DiPasquale says to keep an open dialogue with your family member with diabetes. “Talk about how they’re feeling…my daughter was so angry, she wouldn’t talk about it.” In such cases, she hopes others find mental health professionals who can help. She says diabetes was just the beginning of “a whole string of losses” for her child.

“She lost her education,” says DiPasquale. “She lost her pride. She lost her self-respect. And, ultimately, she lost her life.” With these tips, she hopes to prevent the same devastation in other families. 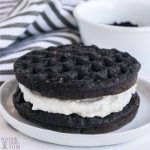