This content originally appeared on Beyond Type 1. Republished with permission.

Lindsay is a member of the Beyond Type Run 2022 team—a team of nearly 50 people living with type 1 diabetes who ran the 2022 NYC Marathon on November 6. They’re on a mission to raise awareness and funds for type 1 diabetes, with fundraising open through the end of 2022. Congratulate Lindsay by making a gift on her fundraising page!

July 2023 will be the 30th anniversary of my type 1 diabetes diagnosis. Through all of the trials and challenges, literal highs and lows, and moments of self-doubt and frustration, I realize that the diagnosis itself and the life I have created since are more of a blessing than a curse.

Before I was six years old, I was a young girl with zero responsibilities and not a care in the world aside from what Santa was going to leave under the tree or when I could go in the pool.

The summer I was diagnosed, I remember sitting in the pediatrician’s office with my parents, half listening to what they were talking about. I can still remember what office and what room we were in. I do remember my frequent urination and thirst and the high blood sugar (more than 300 mg/dL) the doctor recorded on the office blood glucose meter.

I was too young to know that I was at a crossroads in my life that would completely change how I was going to live, but my parents knew how big it was. Their tears spoke to me; I had never really seen them cry before.

I was whisked off to the Monmouth Medical Center. While everything was new and I had no clue what I was doing, I faced it with complete confidence. That created the template to mold the rest of my life’s experiences.

Type 1 Taught Me How to Conquer Challenges

Ten years later, I was a sophomore in high school at Point Pleasant Boro. I was a middle-of-the-road student, excelling in some fields and average in others, but always looking for another challenge to conquer. I came across an article in Teen People about the Semester At Sea program, but not on a cruise ship—it was aboard a rickety old wooden schooner.

Previously, I had spent many hours on the water. Born and raised on the coast, the urge to be on the sea was in my blood. After mulling it over, applying, being accepted and signing on the dotted line, I was off on an experience that not many other people have had. It was incredible, difficult, eye-opening and adventurous. The days were long, the weather was a challenge, personalities were not always aligned and life at sea is not comfortable. But being comfortable doesn’t get you anywhere.

After graduating from the Ocean Classroom in Boston in the Spring of 2003, I continued on my path to constantly look for ways to enrich my life, the lives of others and to make sure that my experience on this planet was a great one. It became routine for me to seek out challenges and conquer them. Being a type 1 diabetic had a huge role in creating that personality trait.

Through the years, I began to think of diabetes as a catalyst to remind us of the good things we can do for ourselves. We are constantly thinking and being mindful, trying our very best to maintain blood sugar control and keep ourselves alive. I think this can be a good thing.

I am conscious of what I eat, I think about my health and the big picture and I pay attention to things that many other people may not even think about. I exercise regularly and consider it not only a mode of controlling blood sugar and reducing insulin intake but also a stress reliever. I run for fun, friends, therapy and fitness and to be better than I was yesterday.

I started running in 2009. I could barely make it half a mile but was determined to get myself to the point where it felt easy for me. About 6 months into running, I signed up for my first 5k, the Tunnel to Towers run in New York.

After completing it, I realized that there was more out there for me to do. I continued uncovering and conquering challenges in running as I progressed through the years. Now, 13 years later with four full marathons, a triathlon, and countless half marathons and races under my belt, running feels like an old friend to me. It’s always there, pushing me just enough to keep going and learning how to do better.

Every single run is unique and as a type 1 runner, there are hundreds of additional decisions and thoughts that have to go into it. But that’s ok. Running has taught me how to find the strength to get through tough moments, to train not only your body but your brain to always know that “it’s going to be ok.” You just have to keep going.

As a runner on the Beyond Type Run 2022 team, I couldn’t be more excited about being a part of something so big. The NYC Marathon is an event that not many people get to take part in. Not only am I running in it but I’m running with other people that share the type 1 diabetes experience.

This is going to be the pinnacle of my running “career” and to share this time with my team is an honor. I’m so ready to cross the finish line with the team and the rest of the runners on November 6. 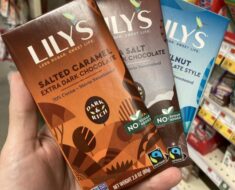