Home
Diabetes Cure
We All Know It: Holidays Cause High Blood Sugars

No matter how you celebrate the winter holidays, I’ll bet that you do it with rich and sweet comfort foods. You probably splurge more than usual — in every way, but with food especially. You probably exercise less. You might, generally speaking, adopt a temporary philosophy of indulgence. You might be a bit less fussy about your insulin management.

Diabetes demands that you constantly balance short-term pleasures against long-term consequences. It’s certainly something I think about dozens of times a day. Around Christmas and New Year’s, it feels natural tilt that balance towards short-term pleasure.

We would never tell you to completely stifle these indulgent impulses — people with diabetes should be able to enjoy good holiday cheer, and easing up on the intensive diabetes management can feel pretty great … when it doesn’t lead to hypos and blood sugar rollercoasters, that is. There’s no denying that the holidays can be problematic for glucose management, and it’s good to keep the potential issues and consequences in mind.

With so many people wearing continuous glucose monitors (CGMs) these days, some of the best data on blood sugars now comes from start-ups and tech companies. Glooko, a mobile diabetes health platform, releases a treasure trove of data every year.

In its 2020 report (PDF), Glooko revealed that most of the highest blood glucose days of the year were holidays: Christmas and New Year’s were the top two days, with notable spikes for Valentine’s Day and Thanksgiving. And this is despite the fact that so many holidays were muted due to the pandemic. 2020 was a very strange year, of course, and the influence of the initial lockdowns in the second half of March 2020 is easy to identify in the graph below.

Glooko users check their blood sugar most often during the weekday, and least often on the weekend. Their blood sugar reliably spikes up on Saturday and Sunday, and then goes back down until Thursday, at which point it goes back up again. The difference is not huge – a low of 178 mg/dL on Thursday, and a high of 184 mg/dL on Sunday – but the cycle might be familiar to anyone with diabetes. That 6 mg/dL difference was also less pronounced than in previous (pre-pandemic) years, presumably due to less eating out and partying.

Several academic studies have also attempted to measure the degree to which glucose control slips over the holidays.

A 2014 study in Diabetes Care looked at 3,212 English adults with diabetes (both types) over a period of years, and found that both A1C and cholesterol peaked in the 31 days after Christmas. The researchers called these changes “small” and “transient,” and warned that medical providers shouldn’t read too much into those holiday numbers, because they’re likely to improve quickly.

Here’s a graph from the article that puts it into perspective:

This data suggests that English patients controlled their diabetes best during the summer and early autumn. Whether the difference was “small” may be in the eye of the beholder: the average A1C moved nearly 0.5% points from September to January, and average blood sugar climbed 0.8 mmol/L — that’s about 14 mg/dL.

The change was indeed short-lived, however, as you can see that blood sugar levels immediately declined in February. No surprise: January tends to be a significantly less indulgent month than December.

An older study from China, however, suggests that winter holiday excesses can contribute to lasting blood sugar problems. This study looked exclusively at patients with type 2 diabetes, a condition that is sadly often marked by progression and metabolic decline. It found that the winter holidays play a big role in the significant increases in A1C that patients with type 2 tend to experience as they age. In this case, while blood sugar did tend to improve in February, it usually wasn’t enough to counter the big spike during the holiday season; some percentage of the holiday blood sugar increase was therefore permanent.

See also  Can You Have DKA Without High Blood Sugars?

The authors warned that small permanent increases — the paper found a 0.2% rise in A1C from November to March, a rise that “might not appear to be clinically important and could easily go unnoticed by both subjects and physicians” — can add up to huge problems if they occur year after year.

We wish you a merry, happy, and joyful winter holiday. We hope you enjoy yourself — but please don’t completely lose sight of your long-term health goals. A little short-term hyperglycemia isn’t the end of the world, but it’s worth considering how you can make sure that holiday blood sugar issues don’t follow you into the new year. 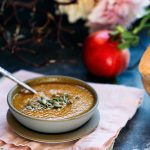 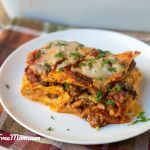