There are many guides out there for what to eat with the flu, but this article will concentrate exclusively on the experiences of people with diabetes.

Diabetes has an annoying habit of making routine illnesses especially troublesome. Diabetes can make us more susceptible to common bugs like the flu, and it can make those illnesses hit harder, too. The experts tell us that people with diabetes are three to four times more likely to suffer a severe outcome, like hospitalization, from the flu. Good blood sugar control reduces, but does not eliminate, the risk.

And then there’s the issue of blood sugar control during the illness, which is especially tricky for those of us that require insulin to manage our conditions. When we get sick, the body releases stress hormones, some of which cause blood glucose levels to rise, provoke insulin resistance, or just make our blood sugar more unpredictable. The old-fashioned BRAT diet — bananas, rice, applesauce and toast — is just carbs on top of carbs, which just makes all this worse.

Here are some foods that might help you stay healthy during a bout with the flu:

We’ll start off simple: Water must be the single most important thing to eat or drink when you have the flu. Hydration is super important for people with diabetes and for everyone with the flu. Nothing hydrates better than good old water.

The flu can be especially dangerous when it acts as a dehydrating illness. Dehydration plays a fundamental role in diabetic ketoacidosis (DKA). DKA is ultimately caused by a critical lack of insulin, which causes both hyperglycemia and all sorts of hormone and electrolyte imbalances. These various problems both cause dehydration and are accelerated by dehydration, a poisonous cocktail that is fatal without emergency treatment. Illness is the single most common precipitating factor for DKA, largely because it can quickly plunge a patient into such severe dehydration.

It’s probably safe to say that water is more important than the rest of the options on this list combined.

Many people prefer Gatorade when they’re under the weather, perhaps because the ads keep telling us that they’re full of electrolytes that your body needs to replace under stress. The science is not so sure this is a good idea.

For people with diabetes, such beverages have a massive downside: the added sugar content. Illnesses like the flu already have a way of spiking our blood sugar — does a big sugary drink seem like a good idea? If you’re still a fan of sports drinks to rehydrate, we’ve tried a bunch of them and are happy to share our favorites. Some of the options are actually full of electrolytes, too.

Call it stock, call it consommé, call it bone broth, it’s all pretty much the same thing. People make a lot of health claims for bone broth these days — no, it probably won’t boost your immune system — but there must be a reason so many cultures agree that a good broth is so nourishing. Bone broth really is chock full of electrolytes: sodium from salt, and calcium, potassium, and magnesium from bones.

A fruity popsicle is a great way to get a little nutrition while soothing a sore throat, but please avoid any pops with added sugar, which will only make blood sugar management more challenging. Zero-sugar pops are pretty easy to make yourself, too.

See also  Diet and Exercise? Some Clinicians Don’t Have Time to Cover Them: The Healthcare Satisfaction Survey

We all know there’s practically nothing healthier than leafy green vegetables, and there’s no difference when you’re ill. These veggies (including kale, spinach, collard greens, and watercress) tend to be full of magnesium, which may help with flu recovery. Low-carb, high-nutrition.

Many authorities claim that vitamin C can fight off (or even prevent) infections. Some people with diabetes are happy to gulp down large amounts of fruit, but some of us — especially those of us with type 1 diabetes — want to avoid the blood sugar spikes that sometimes follow. If you’re hunting for vitamin C, it pays to know that there are plenty of surprising sources in the vegetable family. It’s not just tangy juicy fruits like oranges. Bell peppers and broccoli have even more vitamin C than most fruits, believe it or not.

Experts tell us to avoid black teas, which contain caffeine and may contribute to dehydration. But herbal teas offer a terrific way of soothing the body while boosting hydration.

Don’t forget your protein. When you’re sick, eating can feel like a chore, but it’s important to keep getting energy into your body. Lean protein — think chicken breast or tuna — is one of the best ways to pack in essential nutrients in a very satisfying way.

If You Can’t Eat Much

Remember, if you’re sick enough with the flu that eating has become problematic — if you’ve lost your appetite, cannot eat comfortably, or are experiencing vomiting or diarrhea — it might be worth calling a doctor. We have an entire article on how to prepare for and manage illness with diabetes, including official recommendations for when to call a doctor, and when to visit a hospital: How to Plan for Sick Days With Diabetes. 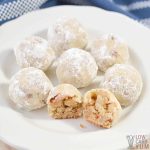